On November 17th, 2015, Minerva released a report called the Face of Leadership™ BC Score Card.  It measured gender diversity in leadership amongst the 28 largest companies in BC (by revenue).

That morning, 11 of the 28 CEOs publicly signed our gender diversity pledge – in the company of alumnae from our Learning to Lead™ program for Grade 11 girls. On November 18th, we invited all business in BC to join them. In 2018, we now have over 25 CEO pledge signatories (and growing). We encourage your company to download and sign the pledge.

CEOs that have signed the pledge include:

To learn more about The Face of Leadership™ Diversity Pledge please contact Tina Strehlke at tinas@minervabc.ca or 604-683-7635 ext. 232. 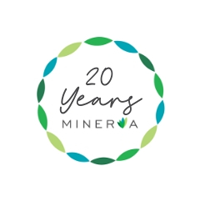 the face of leadership is changing

but it's not changing fast enough.

Minerva BC is a Vancouver-based charity that is
dedicated to advancing the leadership of women and girls.

We acknowledge that we work on the traditional territory of the Coast Salish People.

get our newsletter
and stay up to date!

© The Minerva Foundation for BC Women. All rights reserved.